We are proud to announce on the 9th September 2016 at the George Hotel in Edinburgh, one of our current second year apprentice ceiling fixers, Scott Boyle, was awarded the Apprentice of the Year Award at the inaugural FIS event.

The Scottish Awards have been introduced by the FIS to demonstrate the quality of work and the range of projects that are carried out in Scotland by contractor members and Scott was nominated by the company in recognition of his efforts over the year.

Brian Hendry commented on this award at the event, ” This recognition confirms our belief in Scott’s ability to become an excellent ceiling fixer and that he is an asset to our Company and the Construction Industry.”

This was the second award of the day, where Brian Hendry Interiors also won Gold for the Drywall Construction category, for the Dunedin House Project in Edinburgh. 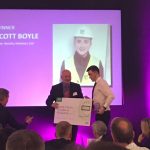 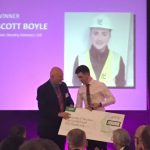 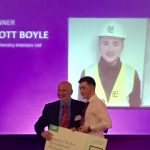 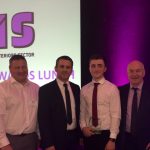 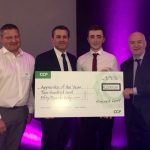 You must be logged in to leave a reply.